The Bachelor of Urban Practice (BUP) is designed as a four-year, full-time graduate programme that will admit learners from all 10+2 concentrations in the Indian secondary schooling system. As the first degree of all learners, it is structured a little differently from the MUP.

As part of its Commons, the BUP takes learners through a set of courses that both satisfy the breadth of its four layers (Contemporary India; Settlements and Environments; Economy and Management as well as the Commons Practica) and gives learners core disciplinary vocabularies in the social, spatial, natural and economic sciences and training in key qualitative, quantitative, analytical and spatial methods. The Commons are spread across Year-1 and Year-2 of the BUP.

In Year-3 and Year-4, learners will move on to the same set of thematic Concentrations as the MUP. They will take elective courses shaping a Major and Minor Concentration that are scaled to fit graduate level teaching, while retaining their interdisciplinarity. All learners do so with an option to fulfil the core requirements of a disciplinary BA in a traditional university in, for example, sociology. This is to ensure equivalence for BUP graduates, should they choose to enter other disciplinary post-graduate degree programmes, and that learners have an opportunity to have disciplinary depth should they seek it.

The BUP programme is expected to commence in 2023. 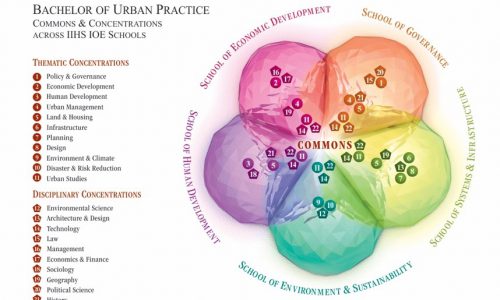 INTEGRATED MASTER OF URBAN PRACTICE
The BUP can also be combined with an additional year of study to convert it into an Integrated Master of Urban Practice (IMUP). The IMUP is thus a five-year programme. Like the BUP, it will take learners from all 10+2 concentrations in the Indian higher education system, regardless of specialisation, within secondary schooling or the language of instruction.

The IMUP programme is expected to commence in 2025. 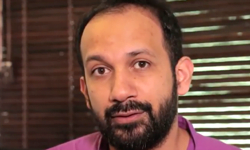