The IIHS Research Programme locates itself within two simultaneous global transitions. Globally, cities and regions are being recognised as being central to the agenda of transformation to an equitable, and sustainable world. International policy developments such as the adoption of Goal 11 of the 2015 UN Sustainable Development Goals (SDGs) that focuses on urban settlements, mark this emergence. At the same time, a knowledge transition is needed from the traditional models of disciplinary expertise to new, interdisciplinary ways of thinking that can address the developmental, innovation and technological opportunities of the 21st century—the rural to urban transition chief among them.

The IIHS Research Programme recognises that interdisciplinarity both defines 21st century knowledge paradigms and is necessary to engage with the complexity of urbanisation. IIHS undertakes research across several disciplinary clusters. It places equal emphasis on using grounded theory building and applied research to ensure the translation of knowledge into practice for national development, social impact and urban transformation.

Urbanisation is one of the most critical domains of research and knowledge production in the 21st century. India’s urban transition alone will see 600 million people living in urban areas by 2031. There is no doubt that urbanisation is transforming India socially, politically, economically and ecologically—as is the case in much of the Global South. It is not only its empirical importance that makes urbanisation the foundation of a new knowledge paradigm; it is equally its inherently interdisciplinary nature. The urban crosses disciplinary boundaries and practice domains repeatedly and at all scales.

As we add 300 million people (a third of whom will be income poor) to over 70 million-plus cities in the next three decades, the IIHS IOE Research Programme asks the following questions: 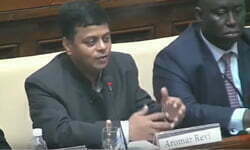 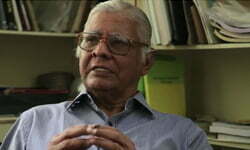 Early postulations of the poverty line