Over the years, IIHS has hosted a series of global conferences and meetings framed around issues of the urban in the Global South, providing a space for cutting-edge conversation and exchange of ideas. IIHS’ flagship annual convening is the Research Week, which includes the annual IIHS PhD workshop, as well as an annual research conference, UrbanARC. IIHS has also hosted a range of sector-specific global convenings, including the IIHS-UC Berkeley Conference on the ‘21st-century Indian City, India Urban Conference’ (in partnership with Yale University and with the support of the Ministries of Urban Development and Housing), the convening of the Global Campaign for an Urban SDG, which produced the Bengaluru Declaration that underpins the UN SDG 11 on Sustainable Cities.

The seventh edition of Urban ARC, the Annual Research Conference of the Indian Institute for Human Settlements, will be conducted between 12-14 January 2023, virtually and in person at the IIHS Bengaluru City Campus. The theme for this edition is ‘Cities in Flux’.

The call emphasises the broad spectrum of the nature of flux in and across our cities. Indeed, flux and the organic pathways that it creates in the development and evolution of cities have been the impetus for knowledge production in the Urban. They are influenced by changes in societal settings and inequality, economic processes and structure, social and technical innovation, climate change, political will and/or inaction, and many other factors. These lead more often than not, to ultrastability and the strengthening of the current order or alternatively, dramatic changes in the midst deepening inequality and conflict amidst the great accelerations of the Anthropocene. Knowledge production, through research, practice or tied to Indigenous and Local traditions, has responded to these changes by creating an expanding body of knowledge that attempts to engage and make sense of these complex and systemic changes.

The sixth edition of Urban ARC, the Annual Research Conference of the Indian Institute for Human Settlements (IIHS), will be conducted virtually from 13 to 15 January 2022. The theme for this edition is ‘Beyond Binaries: Towards new conceptual frameworks in the Urban’.

Binaries have been used repeatedly to classify and categorise phenomena to better facilitate our understanding of people and things. Although binaries engage with the idea of opposites, they are also closely connected; one cannot exist without the other: e.g. there may be no rural without an urban; no formal without an understanding of the informal. Between binaries, lies space for continued negotiation. These negotiations based on emerging realities, new ways of thinking and being have often transcended binary thinking, paving way for a continuum of possibilities that emerge around the evident tensions between two opposites. Urban ARC 2022 intends to capture the multiple possibilities of negotiations that binaries hold. The conference invites researchers, practitioners and policy makers to engage in dialogues around the theme, ‘beyond binaries’ using diverse modes of engagement- conceptual, methodological, historical, analytical, across various sectors, disciplines and methods.

The fifth edition of Urban ARC, the Annual Research Conference of the Indian Institute for Human Settlements, will be conducted between the 14th to 16th January 2021. The theme for this edition is ‘Urban Imaginaries: Past, Present and Future’.
The idea of imaginaries holds a pivotal place in inquiry. Central to the very nature of knowledge production is the imagination of a better world. This central imperative has led to innovative work across disciplines, sectors and scales, pushing the boundaries of our understanding of, and engagements with, the ‘urban’. The conference invites submissions from a wide range of disciplinary spaces, and situated in theoretical, methodological or practice-based approaches to the urban. It is a critical and fruitful space for engagement across themes (ecology, equality etc.), sectors (land, housing, transport, sanitation, ICT etc.), methodologies (textual analysis, engagement with data, in-depth qualitative work etc.) and disciplines (economics, history, technology, politics, media, anthropology, cultural studies, among others) enabling a deeper understanding of Urban Imaginaries.

The fourth edition of Urban ARC, the Annual Research Conference of the Indian Institute for Human Settlements (IIHS) will focus on the conceptual, theoretical and practical understanding of notions of equality and equity in the context of a rapidly urbanising world. We encourage submissions that engage with notions of equity and equality through a range of lenses, across theory and praxis, across geographical and spatial contexts, and discipline and methodologies.

The third edition of Urban ARC will be held from 10 – 12 January 2019, at the IIHS Bengaluru City Campus. The theme for the 2019 edition is ‘City and the Region’. IIHS invites scholars and practitioners to examine and unpack themes around the city and region by examining a wide-range of intersections – sectoral, disciplinary, methodological and geographic.

Urban ARC 2018: The City and Technology

The second edition of Urban ARC was held in January 2018, at the IIHS Bengaluru City Campus. The theme for 2018 edition was ‘City and Technology’. The call for panel proposals emphasised the wide-ranging nature of both ‘city’ and ‘technology’. The conference used diverse disciplinary and methodological lenses to re-examine, re-imagine, and re-situate our understandings of these terms. The submission for the 2018 edition of the conference numbered close to 200, coming from diverse disciplinary spaces like media studies, sociology, engineering and planning.

Urban ARC 2017: The City in Transition

Held in January 2017, IIHS’ first annual research conference showcased research spanning a wide range of urban issues. The conference was planned around seven panels examining governance, migration, risk, practice, politics, peripheries, and the city of Bengaluru. Out of close to 200 submissions, 35 papers were selected. Scholars, both domestic and international, ranging from institutions like Yale University, University of Sussex, Peruvian Union University, and several of the IITs, among others, presented their work.

The Future of Liberal Arts and Science in India

A convening that explored the emergence of Liberal Arts and Sciences Education in India in a number of new institutions and initiatives.

A joint two-day conference hosted by IIHS and the University of California, Berkeley brought together leading scholars from India and globally to discuss the many critical questions relating to the effective and equitable functioning of the economy of Indian towns, cities and metros.

The workshop was jointly organised by SEWA, IIHS, World Bank and DFID. The main objectives were to understand what exclusion means in an urban context; begin to develop a ‘vision’ of inclusive Indian cities; examine the ‘inclusion and exclusion’ impacts of existing urban development policies and programmes; and understand potential policy directions to inform urban inclusion in government policies and programs in the XII Plan.

IIHS, along with Curtin University, Australia conducted a workshop that explored the understanding and development of skills around transit oriented design through the deliberative democracy process. This workshop helped strengthen the relationships between Australian and Indian transport professionals.

IIHS, in collaboration with the Centre for Policy Research (CPR), Delhi conducted a workshop on ‘The Negotiation City’, at the IIHS Bengaluru City Campus. The workshop attempted to understand the relationship between the stakeholders in a city, emphasizing the connection between the residents and the various levels of government.

IIHS, in partnership with Yale and JCCD and with the support of the Ministries of Urban Development and Housing and Urban Poverty Alleviation of the GoI, IDFC and HUDCO, organised India’s largest urban conference of 2011 bringing over 600 delegates together at the Infosys campus in Mysore. 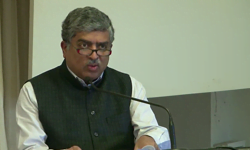 Future of Liberal Arts and Sciences in India 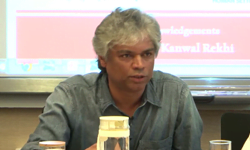