What forms the interdisciplinary knowledge base of degrees in Urban Practice? The unique curricula of the proposed degrees in Urban Practice has been devised at IIHS through a three-year-long process involving global and international partners to create a globally-benchmarked, future-oriented, interdisciplinary curriculum. The process brought together leading universities from the Global North (MIT, USA; and the University College, London, UK), and the Global South (University of Cape Town, South Africa; and the Federal University in Sao Paulo, Brazil) with over a hundred of India’s best scholars and practitioners.

The curriculum framework that resulted from this process anchors interdisciplinary teaching at IIHS. All teaching and learning programmes at IIHS share five core components:

1. Core
This part of the curriculum is responsible for holistic development. It is where learners imbibe a set of values and sensibilities that go beyond just sectoral and disciplinary knowledge domains, including empathy, courage, respect for culture and tradition, professionalism and a propositive approach.

2. Commons
The interdisciplinary Commons encapsulates the essential domains and cross-cutting skills, knowledge and perspectives that are central to interdisciplinary urban education. It represents the foundational principles of multiple disciplines and approaches needed to engage with and practice within human settlements. The Commons is unique to the IIHS curricular framework: no existing university programme in India or globally offers such an interdisciplinary foundation in urban practice.

It is this framing of Core, Commons and Concentrations that will allow teaching and learning at IIHS to pedagogically achieve interdisciplinarity within a single degree, rather than simply exposing learners to multiple disciplines but not fundamentally changing their knowledge, skills or perspectives. The Core, Commons and Concentrations combine in different forms in the proposed degrees.

4. Practica
One of the most fundamental—yet arguably artificial—divides in higher education has been between ‘theory’ and ‘practice’. Teaching and learning at IIHS is designed to specifically depart from this separation. Pedagogically, this relationship is captured best in the Practica, a site-based, real-world, interdisciplinary space for applied learning that is a key part of all learning at IIHS.

Practica may be place-based or thematic, but they always engage with real-life scenarios of differing complexities and textures. They draw on actual cases and working problems that are situated in the city. Working individually as well as in teams, the Practica enables learners to integrate theory with practice as well as to deploy the skills and concepts learned in the classroom to imagine and develop appropriate, innovative and sustainable solutions for the Indian context. They also allow participants to interact with critical stakeholders in the city—like government oﬃcials, entrepreneurs, civil society organisations, activists and citizens. The Practica works both as a discrete taught course as well as in conjunction with other forms of experiential learning at IIHS such as work in live projects, internships, immersion visits and Masterclasses.

5. Case-based Learning
Case-based learning is a method of teaching and learning that is used across disciplines because it allows practice-based, applied and experiential learning to enter the classroom. Cases have a long and diverse history in pedagogy across disciplines. Though business and management cases are now perhaps the best known, cases have been and are used in a wide spectrum of domains like medicine, law, architecture, public policy, planning, and STEM education. Thus far, case-based learning has remained, for the most part, within specific disciplinary paradigms. The challenge facing institutions such as IIHS, committed to interdisciplinary and inter-sectoral work, is to imagine a case form that breaks this tradition.

IIHS cases represent experiments in different forms of creating interdisciplinary and inter-sectoral cases, as well as a diversity of pedagogical environments to learn and teach with. One of the core aims of case development at IIHS has been to fill the gap of teaching and learning materials that are rooted in Indian realities rather than being curricula imported from the West, itself often out of date.

On-going case development at IIHS has created a body of nearly 50 teaching and learning cases that form the core of the curriculum. IIHS’ Case archive is a unique offering that is the first of its kind outside of business education in the Indian and global education landscape. 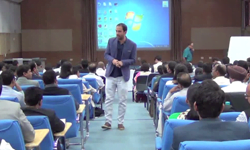 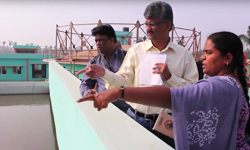 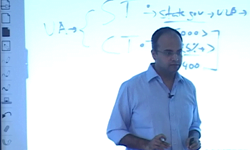