In an increasingly inter-connected world, networks today are, more than ever, a key part of IIHS’ commitment to being an inter-disciplinary teaching, research and practice institution. There are three kinds of networks that are critical to our mission: 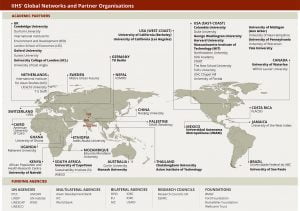 The full list is visualised in the map of our domestic and international partners. 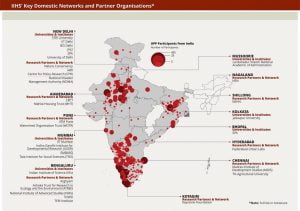 Networks of Practice
Two main kinds of networks of practice exist at IIHS. The first is with governments and public agencies mainly through the Urban Practitioners’ Programme, and the other with a range of private and civil society actors that are partners, funders and clients in projects in the IIHS Practice programme.

Networks of people
The third key type of network critical to IIHS is the kind that is the most pervasive, diverse and expansive—networks of people. There are four important groups: citizens across diverse geographies; learners and scholars; individual change-makers and entrepreneurs; and IIHS alumni.

IIHS builds both virtual and city-based communities of people who are engaged, or wish to engage, with a range of urban issues. These are vital to knowledge dissemination, deepening public discourse, as well as enabling citizen action. 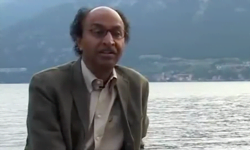 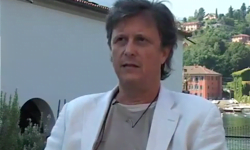 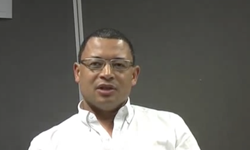 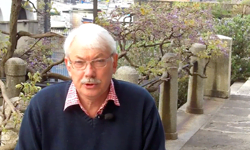